If your name is on this list you have been pre-registered as likely to run in the NYSD Cross Country Season 2018-2019.  It does not mean you have to run, but it will make it easier for the organisers if you do.

If you think you are not likely to run and would like your name removing, please email This email address is being protected from spambots. You need JavaScript enabled to view it.

If you are not on the list, and ARE LIKLEY to run, please click HERE to register your name and you will be added to the list in due course.

If you are not on the list, you WILL STILL still be able to enter on the day and get a number. 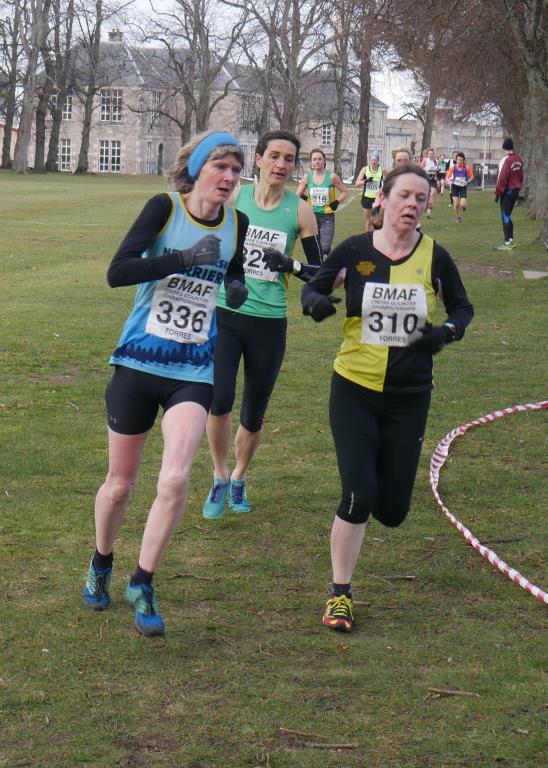 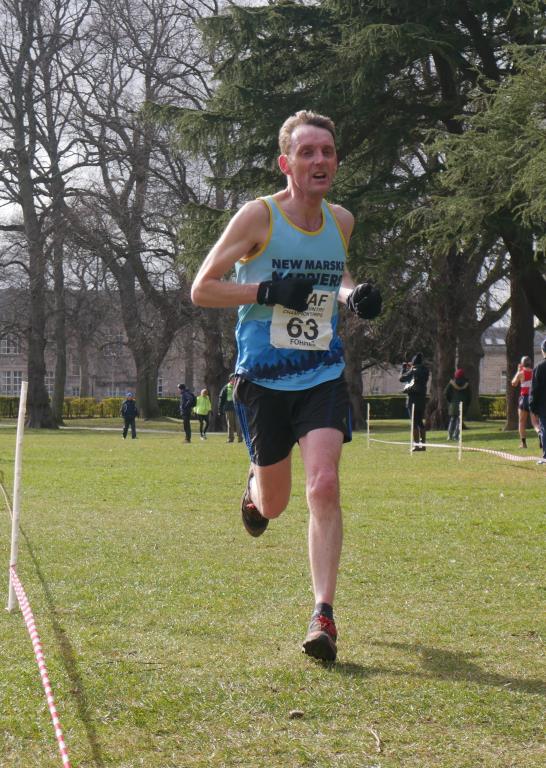 Forres Harriers hosted this year’s British Masters Open Cross Country Championships as athletes from all over Britain headed for the North of Scotland.  With Scottish Pipers greeting the runners the bad weather impacting races across the country stayed away providing ideal running conditions. New Marske athletes Kath Aspin and Clive Thornton made the journey and were treated to great hospitality from the Scottish club.  The course was a mix of country park and hillside forest paths with ‘Horrible Hill’ and ‘Hells Hole’ among the challenges.   Kath made a steady start before moving through the field to claim a great Silver medal in the V50 category just 7 seconds behind the winner.   In the men’s race there was a strong field and Clive had a steady race to finish 57th and 13th V50.  With shortbread, hot pies and drinks for all visitors, Forres Harriers certainly know how to put on XC event. Just a shame the bottle of whisky for winning each category did not come back with us! 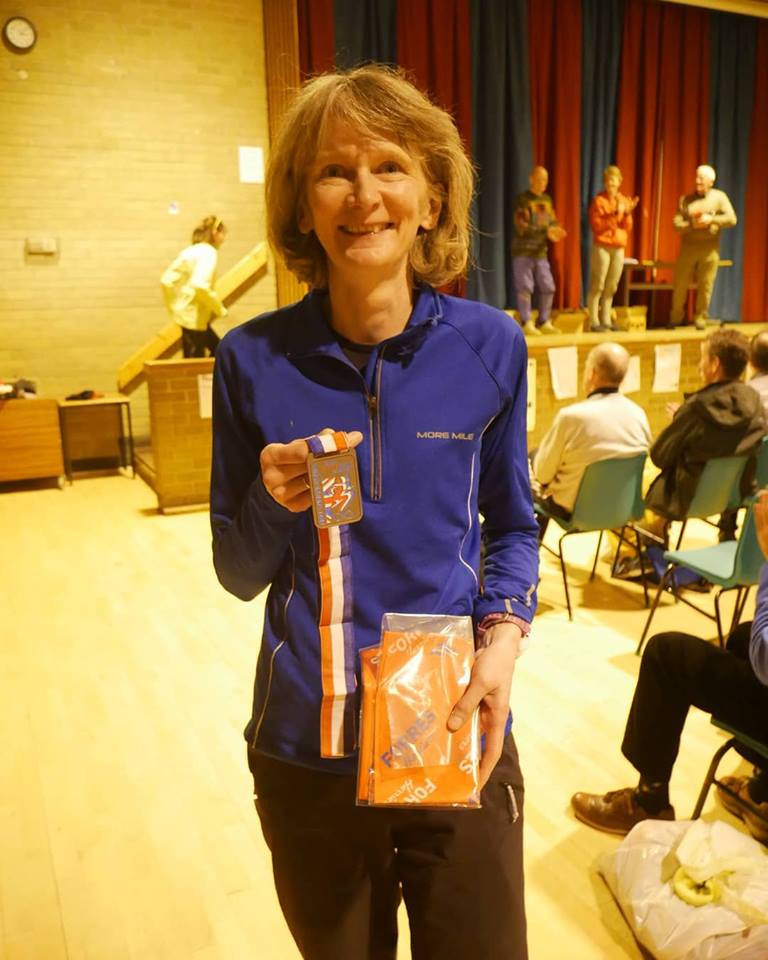 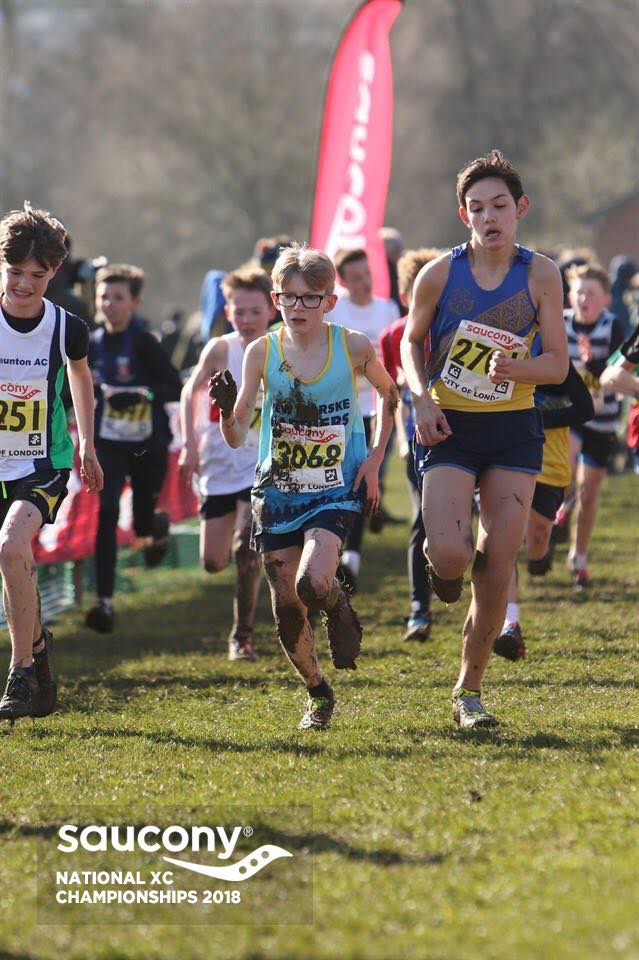 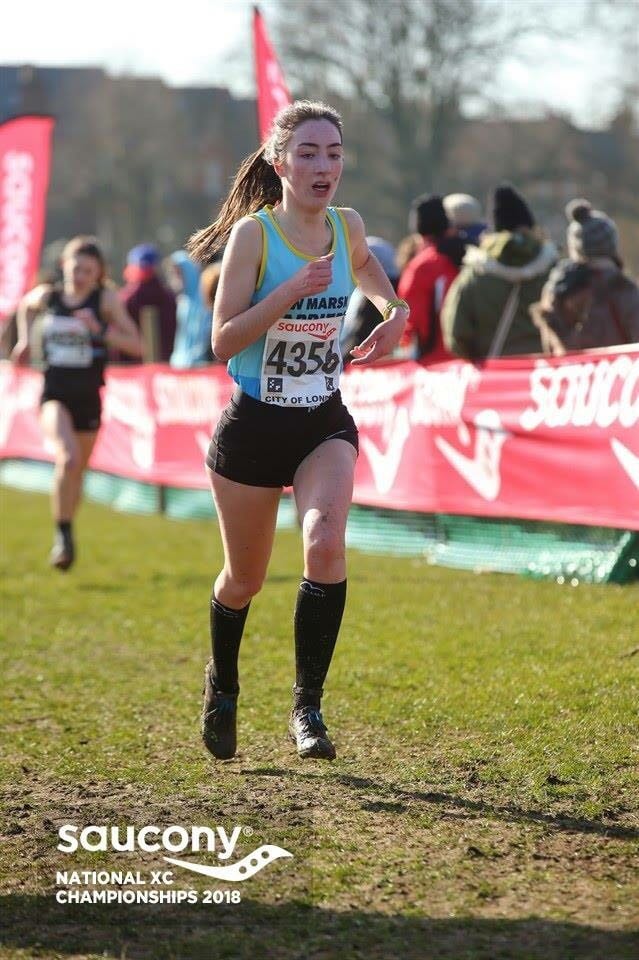 The National Cross Country Championships returned to its now spiritual home for the 2018 edition at Parliament Hill, Hampstead Heath in London. In a record breaking year some 6444 athletes competed on the day across 10 events. New Marske Harriers small contingent of 3 athletes braved the arctic windchill blast of weather, when running was definitely warmer than spectating.
The Parliament Hill course is famed for its hill start, a 400 metre 1 in 10 ramp which thins out the competitors in readiness for the remaining undulations, the ankle deep in parts mud bath and sometimes hard underfoot fast running ground, and generally great cross country course.
Jack Farrel was our youngest competitor competing in the under 13 boys was off first, where in field of 570 he claimed 270th in a time of 14.33 for the 3km course. Next up was Eli Barnbrook in the junior women, Eli had a terrific run where after a slight diversion for the leading runners, she came in 29th from a field of 146 in a time of 27.10 for their 6km+ course.
In the final event of the day Clive Thornton competed in the senior mens event over a 12km course, finishing 929th from a field of 2328 in a time of 53.18. Next year sees the Nationals heading north, possibly and likely to be held at Harewood House just north of Leeds, where the Northern Championships were successfully hosted earlier this year. Thats a terrific course for competitors and spectators. 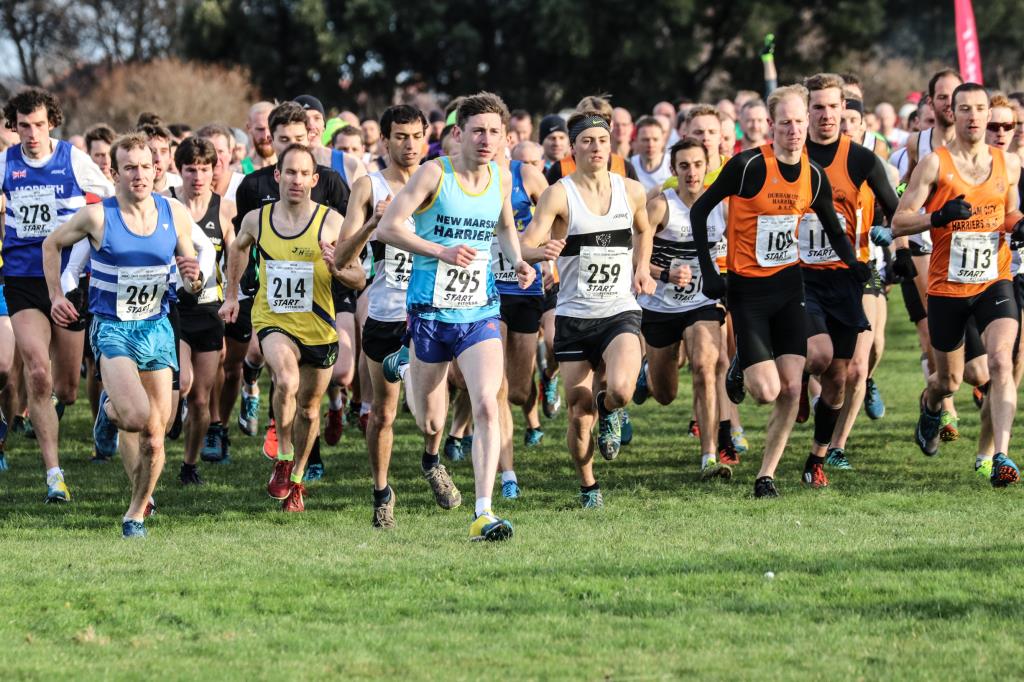 For the first time since 1962, the North Eastern Counties Cross Country Championships returned to Redcar Racecourse.   Over 1300 runners from clubs all over the North East and beyond entered the races hosted by New Marske Harriers AC.

Redcar Racecourse, with its ideal facilities for hosting a large event, provided a tricky challenge for the runners many of whom expected an easy course.   The cold weather meant the conditions were good to soft, with the inside of course providing tufty energy sapping running.

Olympic Marathon runner Sonia Samuels ran from the front to take the victory in the Senior Ladies race with a 50 second victory over Emma Holt and Jane Hodgson both of Morpeth Harriers.   For the host club Sharon Bulman was 10th (1st V40) and Kath Aspin 18th (1st V50) both having excellent runs.

Run of the day for New Marske came from Eli Barnbrook picking up a Silver Medal in the U20 Ladies race behind Sophie Burnett from Birtley.  Darlington Harriers India Pentland & Eli Phillips picked up 1st & 3rd in the U7 girls race.

Middlesbrough Mandale’s Archie Lowe picked up a bronze medal in the U15 boys race being outsprinted in the home straight.

Showing the popularity of the sport and the commitment of parents,  85 U11’s attended for the non championship race, Eden Creasey of Middlesbrough Mandale winning the girls race.

Thanks must go to Graham & Di Hall and the rest of the volunteers from New Marske Harriers and other local clubs who did a fantastic job in putting on a well organised event.   And to our sponsors without whom the event could not have been staged, Tees Valley Community Foundation, Redcar & Cleveland Borough Council,  Drive Vauxhall and Start Fitness.

Dave Aspin's and Drive Vauxhalls photos on our Facebook Page

Despite numerous reservations by athletes about the course prior to the championships the vibes I caught after racing was the course was much tougher than expected and everyone I spoke to said they had really enjoyed the event.

So, to you, and everyone at New Marske who had an input, however small, congratulations you did a fantastic job.

Hosting a major championship is no easy task but NMH should be very proud of the fact that the programme went off extremely smoothly. I for one would have no qualms in coming back to Redcar in the future that's for sure. 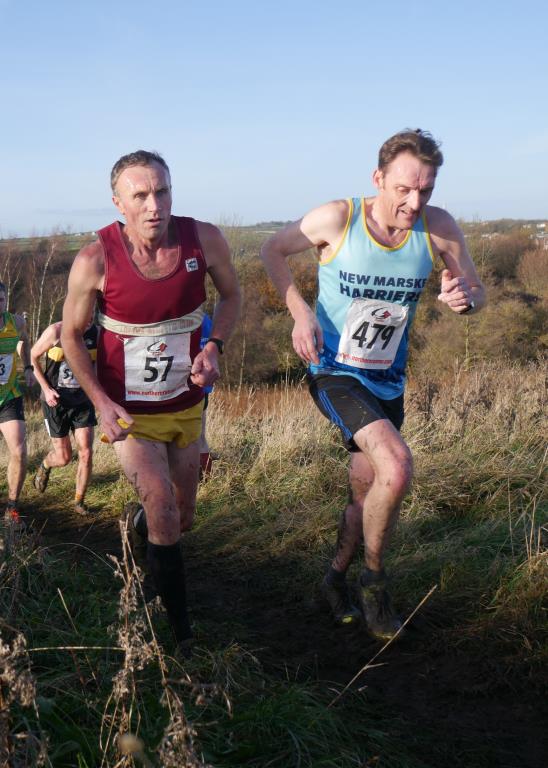 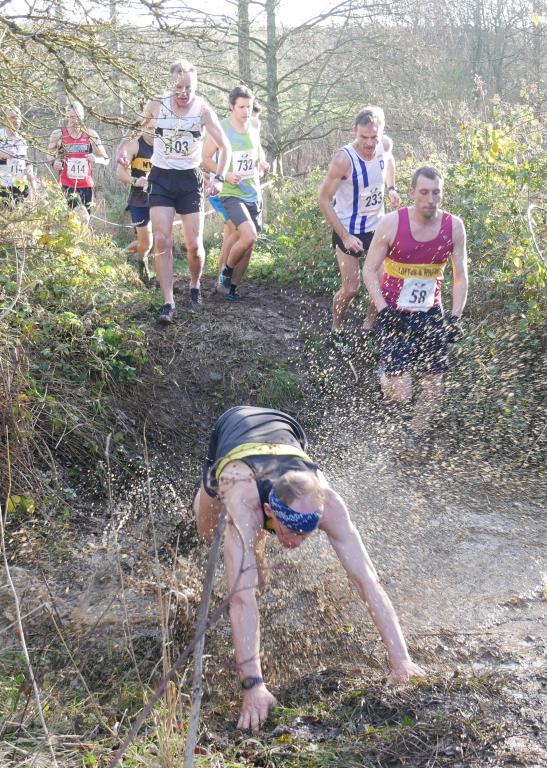 Matthew Downs had a great run for New Marske in the U11’s race coming 2nd just behind the winner Alex Boyer from Darlington Harriers.

This weekend sees New Marske Harriers host the 112th edition of the North Eastern Counties Cross Country Championships, to be held at Redcar Racecourse for the first time since 1962.