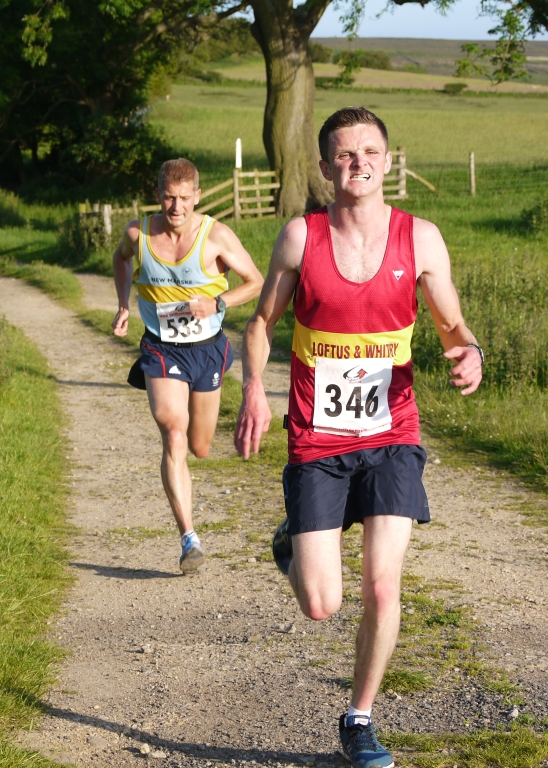 On a fabulous night, the hottest day of the year so far, 80 runners took to the fells for the 5.7 mile Whorlton Run from Swainby.  The race included 1388ft of climb, most of which was in one go in the first half of the race.  After the first mile it we as evident there were only two contenders in the men’s race, James Bulman of New Marske and Lewis Rodgers of Loftus & Whitby.  They were still neck and neck with one mile to go but the younger legs of Lewis prevailed as he pulled away in the last section.  An equally close ladies race saw New Marske’s Kay Neesam leading for most of the race before being beaten in a sprint finish by Nicola Kent of Loftus.    Also running for New Marske were, James Allinson 12th, Ian Hague 28th, Kath Aspin 7th lady & Shelli Gordon 8th lady.