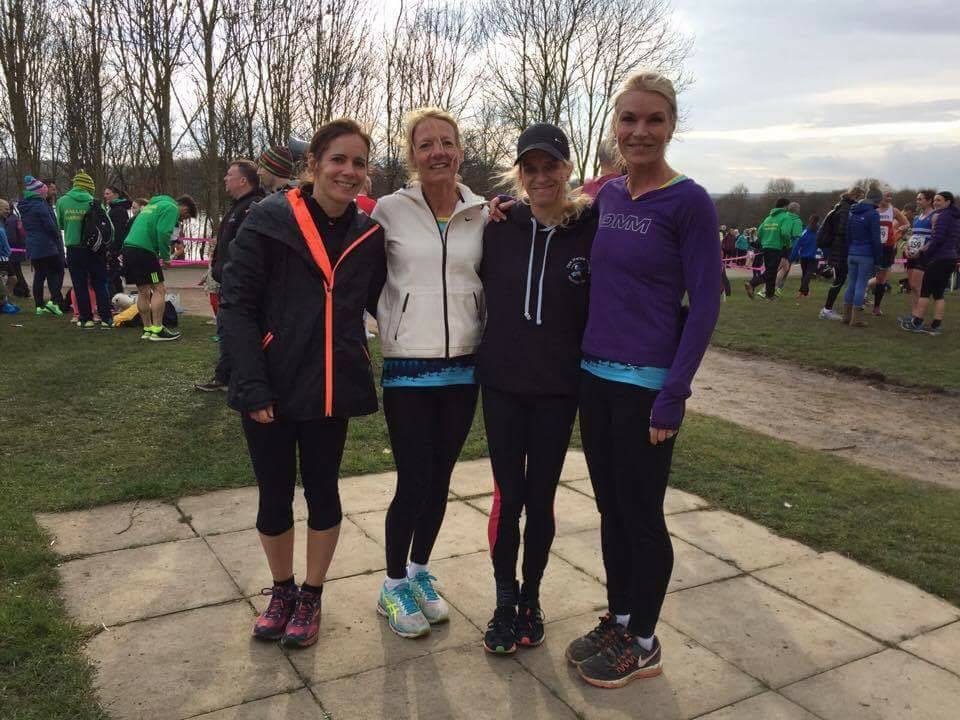 A busy weekend for New Marske Harriers with the North Eastern Road Relay Championships on Saturday and the final event of the NYSD Cross Country League on Sunday.

New Marske were previous course record holders for the ladies veterans and again fielded a strong team.  The team of Kay Neesam, Lisa Bennett, Trish Speedie and Sharon Bulman all had great runs to also come 2nd and claim the Silver Medal.  Difficult on the day to monitor the position as the race also contained senior women and veteran men’s teams.

Old Richmond racecourse hosted the final cross country league event of the season.  It was all to play for in the Senior Men’s race with winner takes all for New Marske’s Dean Newton and Middlebrough  & Clevelands Greg Jayasuriya.    Dean was at a slight disadvantage having raced the previous day, but gave it his all taking the lead on the first lap but Greg showed his determination to get past Dean. Both Dean and Grey were beaten on the day by a strong run from Darlington’s Kabsay Kidane who claimed his second victory of the season with Greg 2nd and Dean 3rd.  Greg was the Senior Champion for the season with Dean a fine second. Other winners on the day included John Spraggett Vet65, Kath Aspin V45 and Lisa Bennett V40.