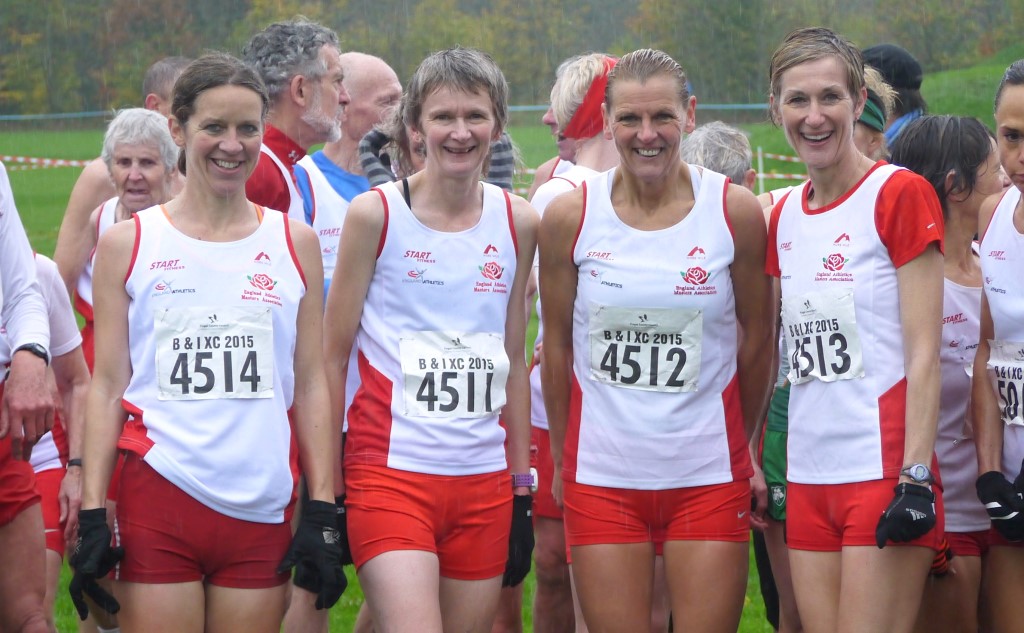 New Marske’s Kath Aspin travelled to Dublin to represent England in the British and Irish Masters Cross Country International Championships.  Following a great season where she won the North East Masters Cross Country Championships and set a series of PB’s in road races, Kath was one of only four ladies selected for England in the Veteran 45 category.   At a very wet Santry Park in Dublin she had a solid run to help her England team to a Bronze Medal, just 1 point off Silver won by Northern Ireland with Gold going to a strong home Ireland team. 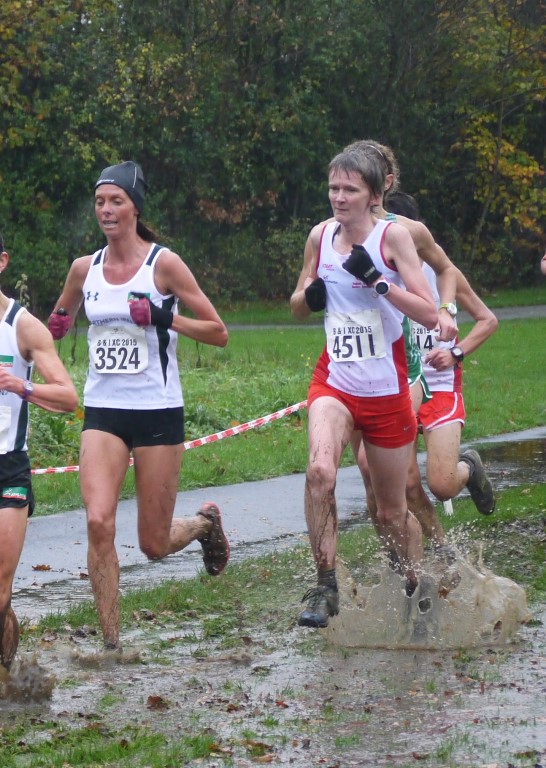 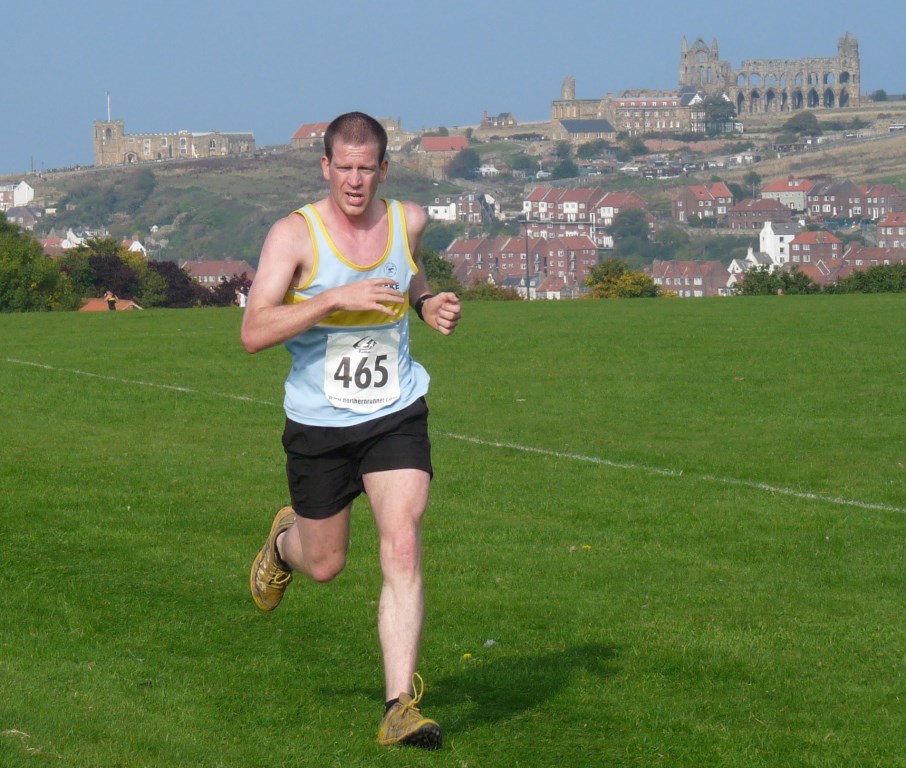 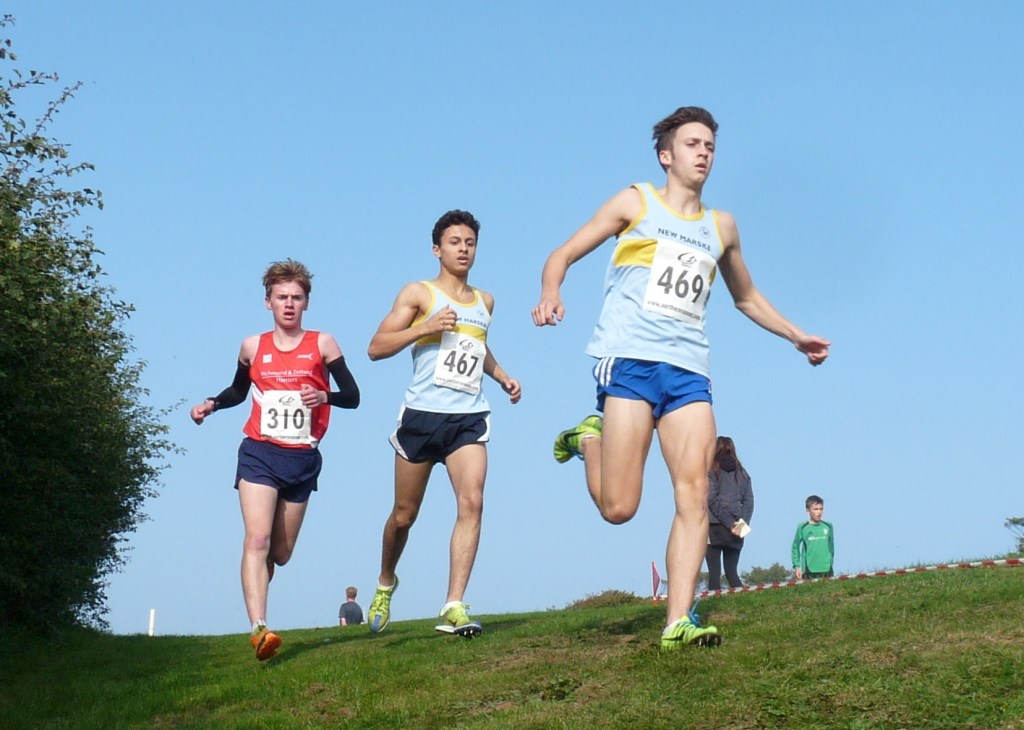 New Marske Juniors were out in force with wins for Archie Lowe U13 Boys, Charlotte Bennett U13 Girls & Harry Allen U17 Boys.  There were also 2nd places for Daniel Gunn U15 Boys, Rebecca Tilley U15 Girls and Hassan Ben-Tiba U17 Boys.   Well done to the rest of juniors who ran as it not just about winning, the taking part and supporting the team is just as important. 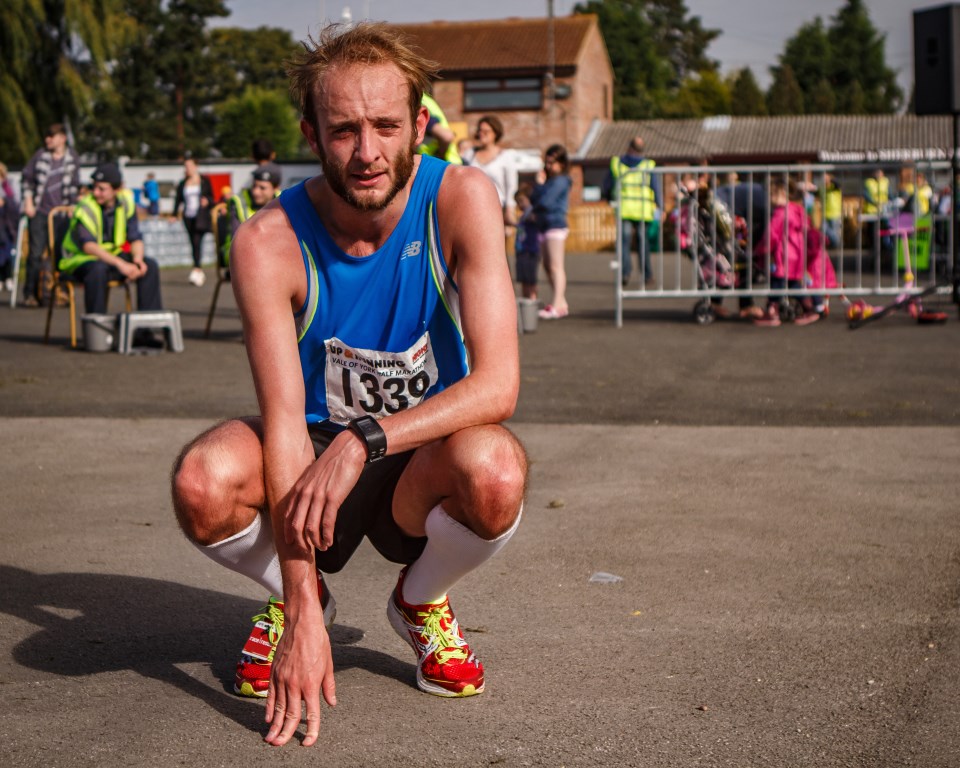 A successful weekend for New Marske Athletes with members competing in events across the region.    Dom Shaw won the Vale of York Half Marathon in a course record of 67.44 just outside Russ Bests New Marske Club Record. “Pretty pleased with that for a first punt at the distance, and the course record was an added bonus.”  Trish Speedie was 3rd F45 knocking almost 4 minutes off her PB in 1:35:32 and Thomas Bunn finished in 1:47:47.

In the Hardmoors 60 mile race from Guisborough to Filey, Martin Murray had a close battle for the lead eventually winning by 7 minutes in a time of 10 hrs 3 minutes.  Shelli Gordon was joint 2nd lady in a time of 11hrs 33 minutes with Dave Hodgson 14:36 and Kelly Brearley 18:22. 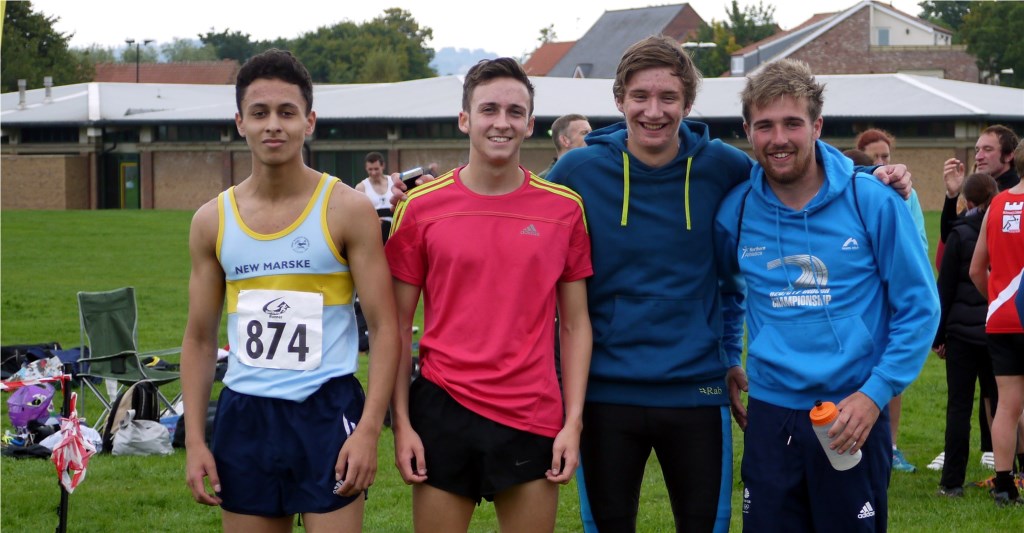 In the first Cross Country event of the season, New Marske’s  A team won the Senior Men’s race,  The team of Charlie Pasco, Sam Garratt, Harry Allan and Hassan Ben-Tiba all ran legs within 9 seconds of each other with Hassan quickest in 10:49. The B team of Andy Pearson, Darren Bell, Clive Thornton and Michael Lyth came a creditable 9th.

In the ladies race, the team of Kath Aspin, Lisa Bennett and Sharon Bulman came a good 4th against much younger opposition. Freya Bourke, Frances Bell and Rebecca Tilley were 2nd in the U15 girls, Sam Donnelly, Dominic Shipman and Daniel Gunn 2nd in the U15 boys and Emily Brown, Charlotte Gunn and Charlotte Bennett 3rd in the U13 girls. 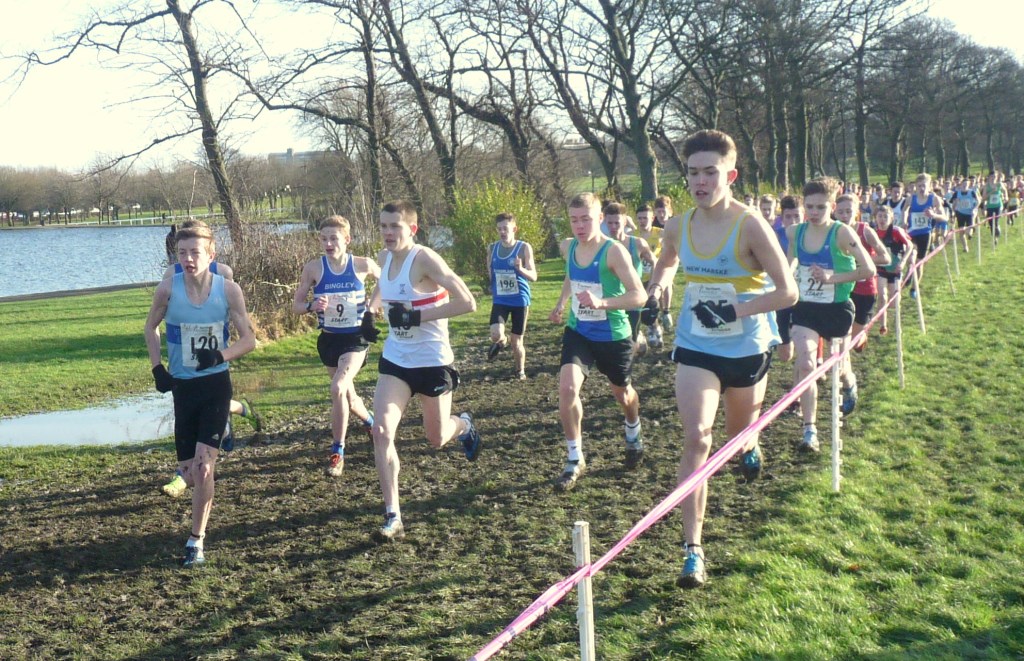 Eleven New Marske Harriers braved the elements at Pontefract Racecourse to pit themselves against the best runners in the North of England in the Northern Cross Country Championships.   U15 Reece Curtis had the best result picking up a Silver Medal just 8 seconds behind the winner Daniel Slater of Liverpool.    Ben Bergstrand 90th and Kian Wildmore 155th completed the U15 Boys team.

In the U15 girls race Eli Barnbrook had a good run for a super 35th place with Rebecca Aspin 143rd.  Daniel Gunn, recovering from illness, ran well for 33rd in the U13 boys with Archie Lowe 47th and Matthew Chinnock 160th.

By the time the senior runners competed, parts of the course had been churned up and running was difficult.   Kath Aspin was the only senior lady and did well to finish in the top 100, 98th place out of 350, against much younger opposition in 8k 2 lap race.

The highlight for many of the spectators and runners alike was Olympic Triathlon Champion Alistair Brownlee competing in the 12k 3 lap senior men’s race.  They were not disappointed with a fierce battle between Alistair and Andrew Davies of Stockport going down to the last few hundred metres before Andrew denied Alistair victory with a narrow 6 second victory.    Watching Alistair lap me with 500m to go to the finish was probably the highlight of my race as well before I finished in 596th with Clive Thornton in 396th. 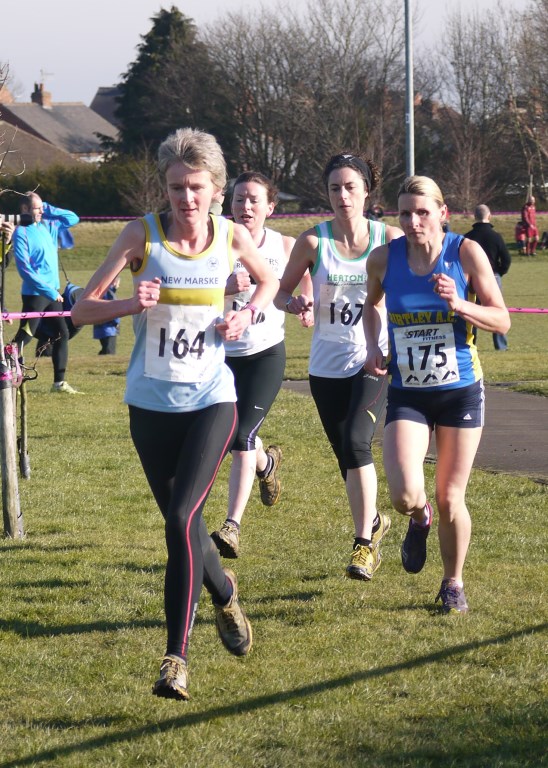 The final weekend of the local cross country season saw New Marske Athletes in action at both the North East Masters Cross County Championships in Darlington and the final event of the NYSD league at the picturesque Old Richmond Race Course.

In the Masters Event for North East runners over 35, Kath Aspin (v45) dominated the women’s race to claim overall victory and beat all the competitors in the two age categories below her.

At Richmond, the final league points of the year were up for grabs and New Marske’s Clive Thornton had a storming run to beat NYMAC’s Joe Blackett and clinch the V50 league title.   Reece Curtis continued his good form to win again making it five victories in five starts this year in the U15 race with Ben Bergstrand coming home 3rd and Elias Ben-Tiba 5th to clinch 1st U15 team for New Marske.   Eli Barnbrook finished 2nd in the U15 girls to complete an excellent season.  Sam Garratt was 3rd in the U17 race to tie for 2nd in the league.